Creative Rhapsody: What It’s Like to be a “Creative”

If we were having this as a conversation in person, I would have used the air bunnies around the word creative. I’m not going to get too deep into the metaphysical meaning of being a creative in today’s world, but I want to put a few things out there that I sometimes tell college kids wanting to get into this line of work.

When my kids were growing up, they thought dad’s office was the best, with all the toys, drawing pads and cool pictures on the walls. And even other grown-ups look with admiration that creatives get to dress casually, work off laptops at a bar or write headlines on the side of a mountain (true story; I know the guy). I have to be honest, when I got into this, that’s what it looked like to me, too. Everything looked so cool, and the people were so interesting. It was just like on TV. Computers were new in the creative world, and the craft and art was very inspiring. This is where I wanted to be.

I found out there are huge advantages for those of us who don’t fit into what is considered normal worker characteristics. For me with my large beard, tattoos and loud obnoxious attitude, I don’t think I could pull off a normal corporate job, but in an agency it’s the norm. Often, I wonder if this is what helps creatives cope with the other parts of our jobs that make it less than dreamy. A lot gets to slide because the demands can be pretty heavy. Don’t get me wrong – we ARE NOT saving lives, but sometimes it sure seems like the world will end because you missed a ®. But first, let me be clear: I’m speaking for myself. There are many creatives out there doing amazing work who are wonderfully normal and not strange or difficult at all.

Now, for the work. First, few other jobs out there start with a blank white page. This blank page could be for a print or digital project. That blank page may only need a couple of words on it or some simple images dealing with any manner of topics. Those blank pages may need to work together to get the end user to do something they didn’t know they needed to do until the magic that’s on the page made them do it. If that doesn’t seem bad, grab a pad of paper and give me four layouts selling socks to tabby cats with green eyes. Oh, and I need that in two hours. I’m not sure what I’m looking for, but when I see it, I’ll know.

Second, I’ve had many clients and coworkers say, “I love playing designer/art director/writer.” Or “I took a couple of classes in college to be a creative.” Or “I like what you did, I’m no designer, but …” (All of these have big air bunny quotes around them.) After 25 years of doing what I love, I just smile, listen to what they are saying and try my best to accomplish the projects goals while making everyone happy. Too many young people get hung up on the fact that they spent all those years in school and they were the ones hired to do the job, so they know it all and get really hurt when someone wants a change. Passion for your work is important, but working as a team to make a project the best it can be takes priority over the words or images you came up with.

Creating for a living is a tough but rewarding life. What we do is so subjective, and everyone has a way to improve upon your previously blank sheet of paper. It’s hard not to take criticism personally or feel hurt when someone else gets the project you were hoping for. But those things are what make the wins even sweeter. And hearing, “That’s a fantastic idea. I never thought of going in that direction – great job” means so much more.

So there you have it – the ups and downs of being a creative. 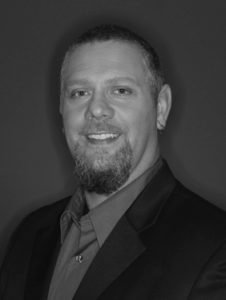